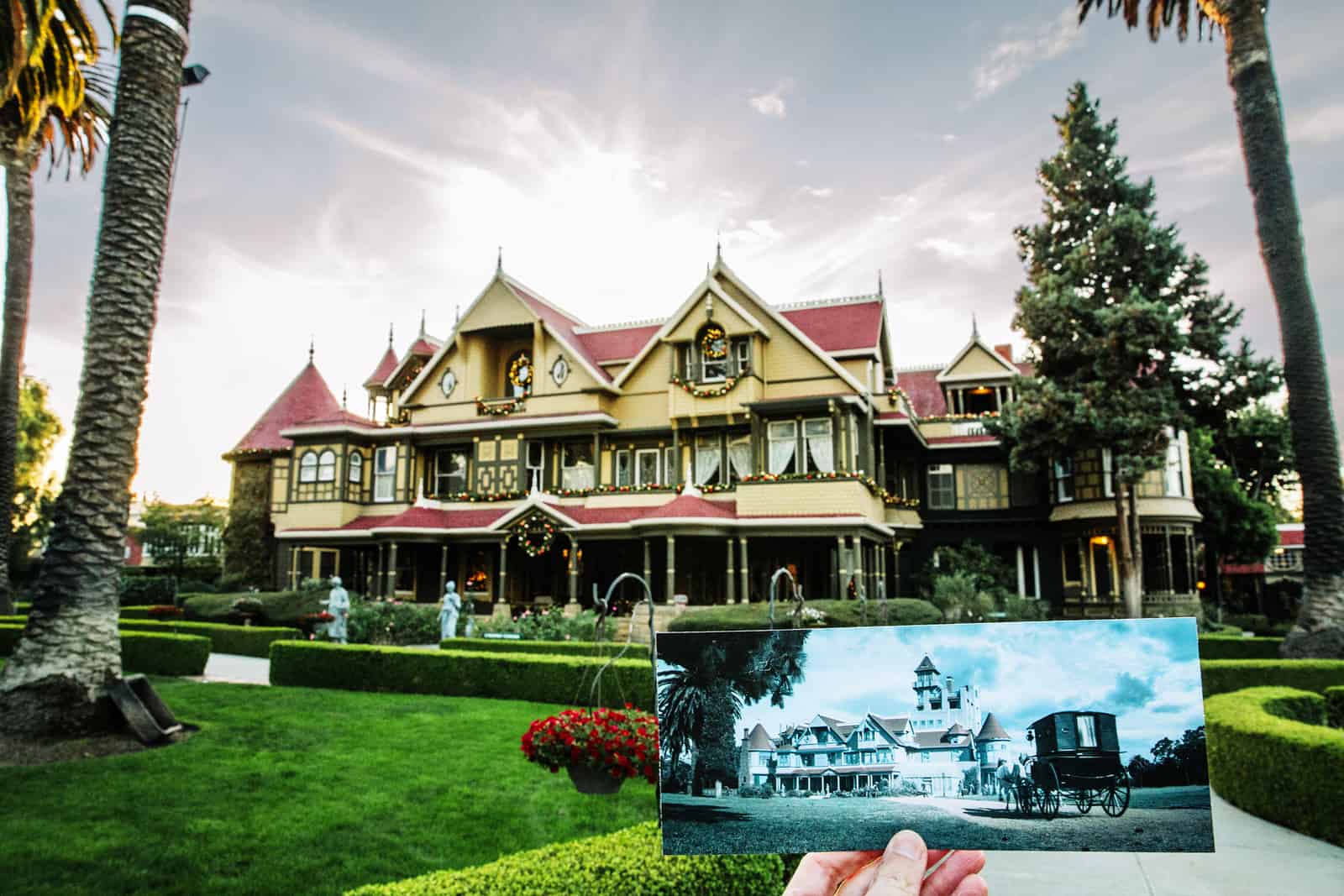 Dame Helen Mirren gets top billing in this month’s supernatural thriller Winchester: The House That Ghosts Built, but it’s the setting that’s the real star. The Winchester Mystery House in San Jose, California, was built by firearm heiress Sarah Winchester—who Mirren plays in the film—after the deaths of her husband and infant daughter led her to believe she was cursed and needed to placate the ghosts of those killed by Winchester rifles. “The house is mind-blowing,” Mirren says. “It’s like a doll’s house but enormous—lots and lots of tiny little rooms and little corridors that go on and on and on and on.”

Winchester designed the house herself, never stopping construction during her life. Topping out at 160 rooms, it may have been built to confound spirits, with stairs that lead nowhere, windows that look into other rooms or at walls, and a door that opens to a two-story drop. The number 13 recurs throughout: 13 bathrooms, 13-step stairways, 13-paned windows.

The house has been a tourist site since Winchester’s 1922 death (tours are offered daily), but this is the first time it’s been used as a film set. It acts as a constant, looming character in its own right, and writer-directors Michael and Peter Spierig found that seeing it was crucial to understanding its maker. “We had expectations of finding a really scary house when we first visited. But getting to know the house and its history, we’ve grown very fond of the place and the woman who created it,” says Michael. “The house is full of mysterious oddities—but also design experiments and patented features that make a lot of sense.”