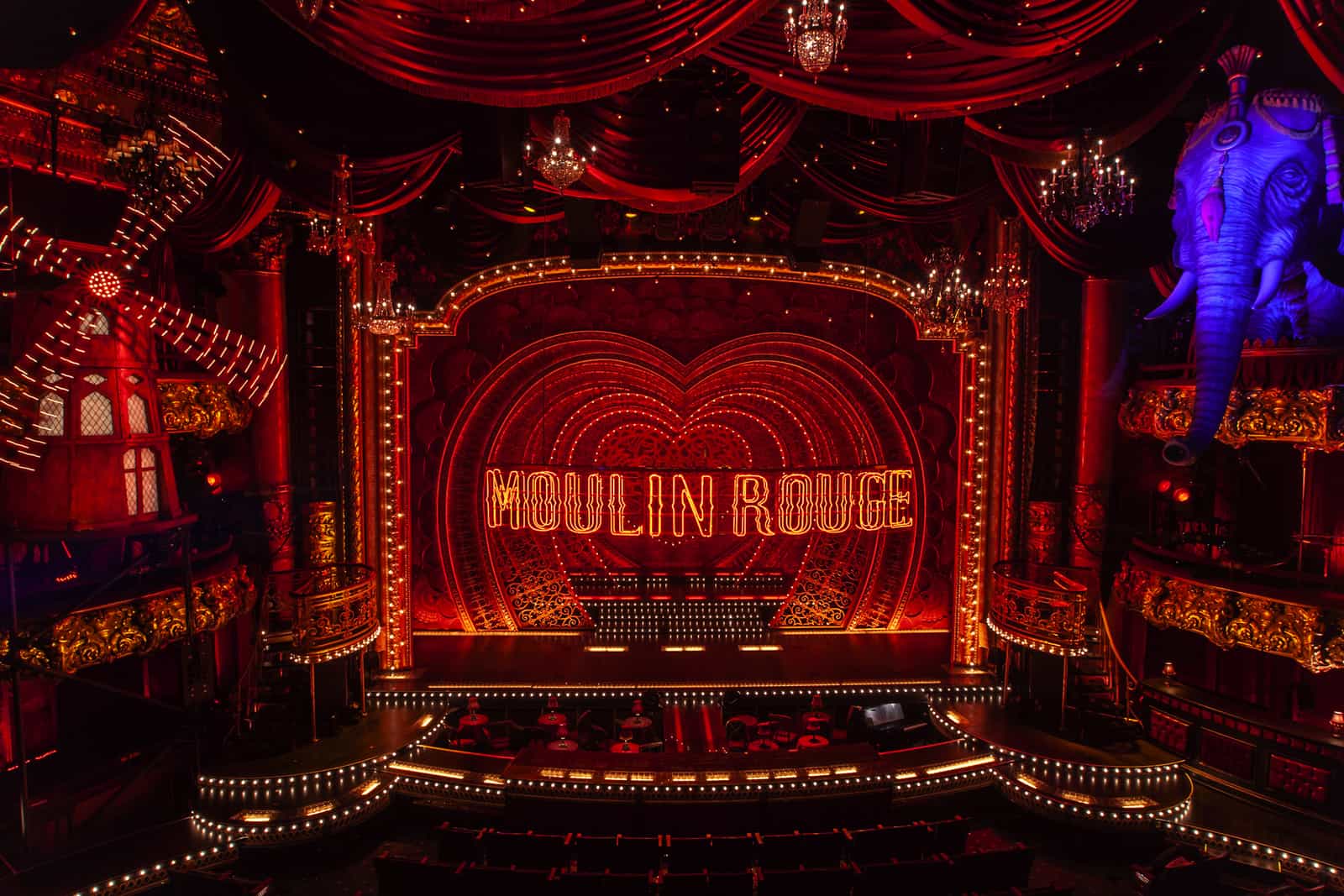 In Baz Luhrmann’s 2001 musical film, Moulin Rouge!, cabaret ringmaster Harold Zidler hypes the show-within-a-show, Spectacular Spectacular, as “a magnificent, opulent, tremendous, stupendous, gargantuan bedazzlement—a sensual ravishment.” For the Broadway adaptation, opening this month, the sets alone deserve that over-the-top description. Designed by Tony Award winner Derek McLane, they bring the movie to gloriously lush life—and then some. “I know how important the movie is to a lot of people, and I didn’t want to disappoint anyone,” McLane says. “But I also want them to be surprised.”

During the show, which is directed by Alex Timbers and stars Karen Olivo and Aaron Tveit as doomed lovers Satine and Christian, audience members experience both the inside of the famed cabaret and the hilly streets of Montmartre outside. “I wanted a really, really strong contrast between those things,” says McLane. “The club would be overwhelmingly red and overwhelmingly patterned, and Montmartre would have no color—just gray. It’s an exciting contrast.”

McLane has served as the scenic designer of 42 Broadway shows, but this was his first time adapting a big movie for a New York stage. “I have to say, this is my favorite show that I’ve ever designed,” he admits. “To create a world that’s so excessive is really great.”

Yes, it moves, promises McLane, who caught a show at the real Paris venue when he was researching this project. “It was amazing,” he says. “In this show, we actually spend more time in the club than you do in the movie. So in some ways I felt like we needed to top what was in the movie.”

“I’ve never designed a set that has so many light bulbs in it,” says McLane. “It’s incredible!” To wit: There are 4,974 light bulbs on the set itself (not counting the lighting equipment). “There are lots of moments that are just plain excessive. It’s an overload of visual and musical information—which is part of the thrill of the show.”

“John Logan’s script described the club as ‘sex and smoke,’” says McLane, and the series of filigreed heart portals makes audiences feel as if they’re descending into that louche world. Each heart was drawn by hand and then cut with a router. “[Cutting] by hand wouldn’t have been impossible, but it would have been expensive.”

The carved styrofoam elephant over the proscenium is based on a giant stucco elephant that resided in the original Moulin Rouge’s garden (it allegedly housed an opium den). “Ours is quite big, but it was even bigger,” says McLane, who notes that six other elephants appear in the show, including two pachydermal door knobs.